Over the course of October 3-20, Airbnb Design was honored to partner with Design Week Mexico in the heart of CDMX. Read on to discover insights from one of our many engagements with the local creative community.

An abandoned train station, its raw edges visible despite a recent renovation, may strike some as an unlikely venue for a design show. But it’s a fitting location for Inédito (Spanish for “unpublished”), a five-year-old program that recognizes professional and student designers with novel ideas in categories like social and environmental impact, innovation, and function. Each year, standouts are showcased in a Design Week Mexico exhibition, with grants awarded to a select few. (This year, Airbnb Design was proud to have sponsored the professional category by awarding the Inédito Prize, and the student category which allows two winning students to attend a summer course of their choice in summer 2020, at the Istituto Europeo di Design headquarters in Spain.)

Curious visitors check out submissions at the Inédito showcase.

“Each year, we see that the projects are more experimental and more creative,” said Chief Curator and Design Week Mexico co-founder Andrea Cesarman. “[Inédito] has become a platform for investigation in aesthetics, materials, social projects, and function.”

In this year’s pool of over 100 designs (narrowed down from over 350 submissions received during an open call), concepts ranged from the poetic to the playful. A hand-crafted stone humidifier, made by Tony Gutiérrez Rangel of euka (estudio);, required no electricity and incorporated the user’s choice of plant for a method of indoor climate control that’s easy on the eyes and the environment. Meanwhile, designer Sergio Romero’s repurposed cement blocks, traditionally used in the construction of local houses and hotels, were used to build whimsical structures that serve as accessible replacements for signage in public spaces—a colorful dog, for example, let pedestrians know they were entering a dog park, regardless of what language they speak.

Design work by students and professionals ranged from the poetic to the playful.

Some designs sought to make cutting-edge technology palatable to a wider population. An ultrasonic lamp by students Alexa Mary, Regina Vargas, and Constantino Brito of Centro University, responded to touch and echo, creating an interactive experience that encouraged user exploration. “One problem with technology is that it can sometimes be scary,” said Constantino. “What I like is that we’ve managed to establish a language between man and machine, and that through gestures we can communicate to the lamp what we need and the lamp gives it to us. It’s intuitive, which gives people the confidence to try and interact with it.” 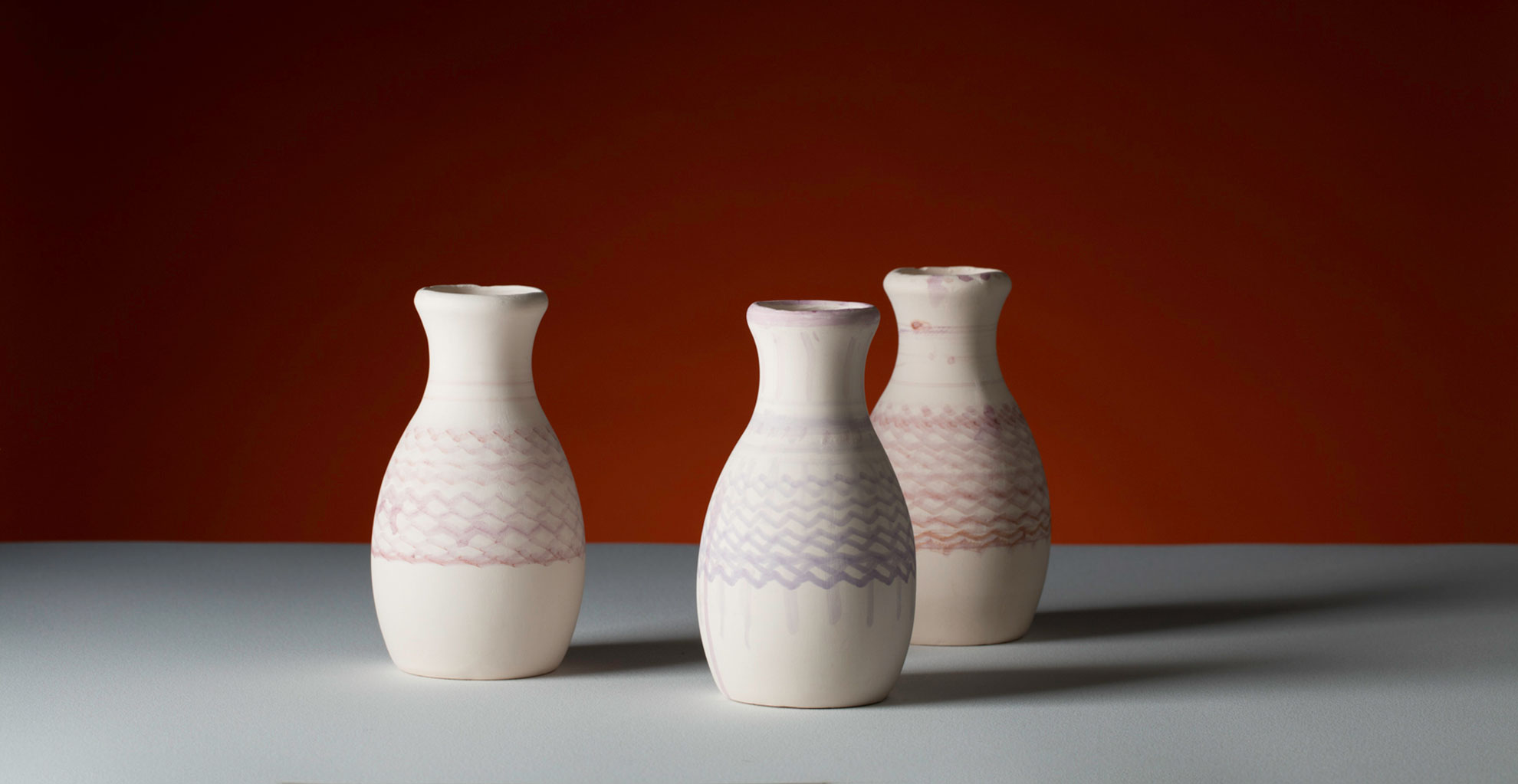 One of the winning student creations by Priaz & Carlos Ordoñez García.

The university winners of Inédito 2019, Rocío Callado, Natalia Hernández, and Luis E. Rosas of OLHO from Ibero CDMX and Priaz & Carlos Ordoñez García of GRANARTESANA from Tecnológico de Monterrey, created work designed to shed light on meaningful local traditions. “Both brought Mexican culture to life in their own ways,” said Airbnb Experiences Design Director Miguel Fernández, who served on the professional judging panel and perused the student submissions. “The Tecnológico de Monterrey students used a machine to produce a vase that would traditionally be hand-crafted, to see if the average person could tell the difference. The Ibero CDMX students allowed people to experience the Mexican tradition of making tortillas, using a set of objects that serve as both the tools and the plate.”

The winning creations from the professional category were crafted by a collective of designers from La Tlapalería. Titled Equilibrio, it included a collection of wall-mounted interactive objects that married mechanical beauty and sensory experience. Fernández indicated that “what personally made it so interesting to me was to see the individuality of each designer expressed in their piece while at the same time respecting the core creative concept, ultimately leading to a set of pieces that worked really well together.”

“A program like Inédito is important because it allows designers to focus on their work without distraction,” he continues. “By being ‘inédito’—or hidden to the public before the opening—participants are given the opportunity to be truthful to their ideas without outside interference.”

Vernacular materials were on full display at the Inédito showcase.

Though this year’s selection represented a diverse array of concepts, a uniting thread seemed to be a palpable sense of excitement at the steady growth of the Mexican design community, and the global attention its talents have drawn.

“Mexico has really grown into design in the past five years,” said Rebecca Yanez of Estudio Común, whose ceramic dishware, like the set created by the Ibero CDMX students, is inspired by the historical significance of the tortilla. “It’s really cool because it brings us more exposure.” In addition, she said, it affords designers the opportunity to quash persistent cultural stereotypes. “We’re trying to get outside of the box—[Mexican culture] is not just tequila and Frida Kahlo. We are so much more than that.”

Share Tweet
Shoko Wanger is a writer and editor based in New York City. When she isn't working, she's likely to be found reading culinary memoirs, pushing the limits of hot sauce consumption, or racing her husband at the New York Times crossword.