A recap of our dinner at Brooklyn Grange rooftop farm

The best table at a wedding reception–that was the prevalent feeling at our recent Brooklyn edition of Creative Space. On Thursday, September 22nd, we welcomed designers, architects, and creative Airbnb Hosts to an intimate, dinner at Brooklyn Grange Farm, one of the largest rooftop urban farms in the world. Hosted by our design team, Creative Space is a series that explores cities through the lens of creative locals from a wide variety of disciplines. These events are usually hosted within the listing of an Airbnb creative or at a local hidden gem. 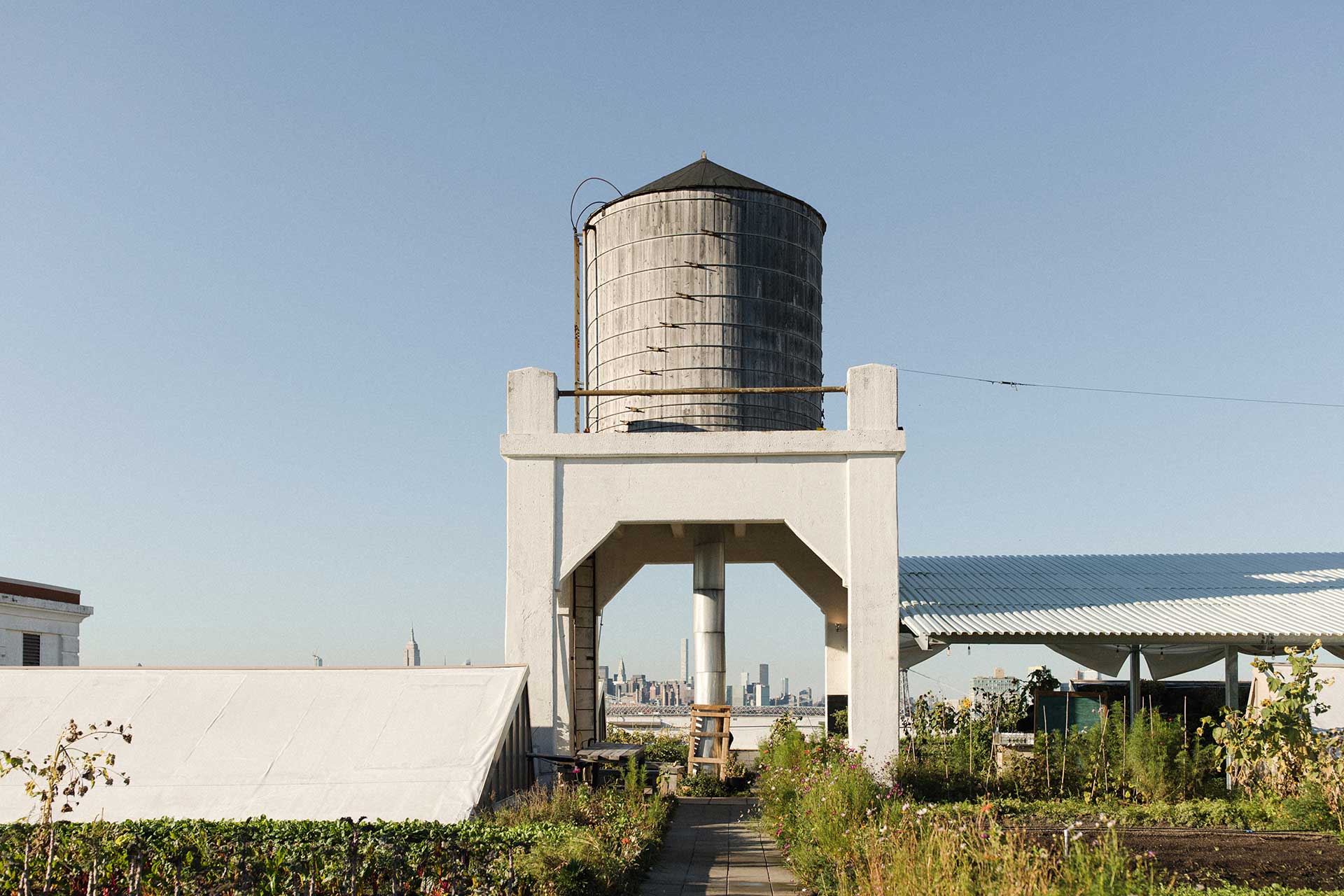 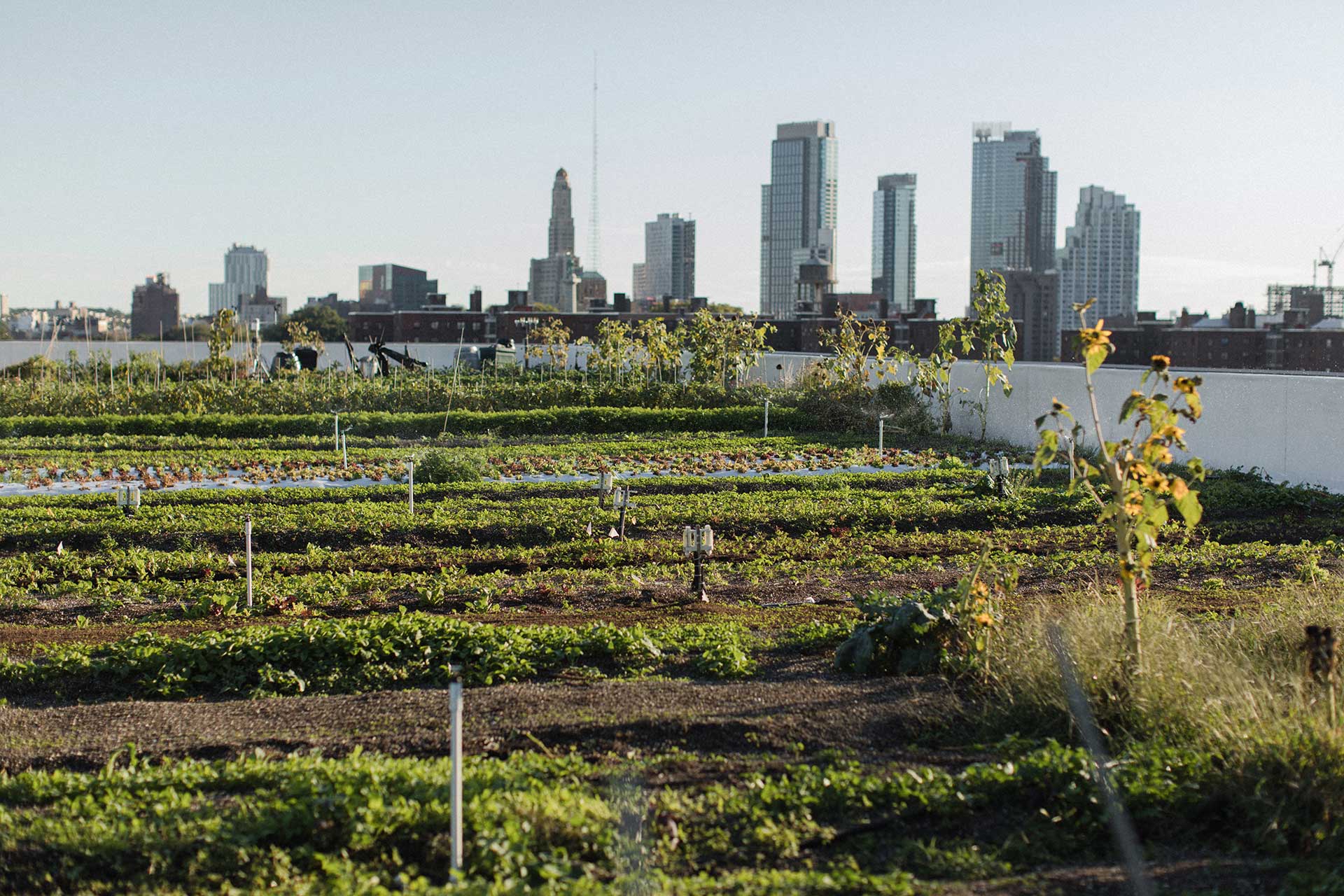 Why Brooklyn Grange? Lately we’ve been exploring how artists, creatives and entrepreneurs use their work to shape their communities. We were curious to learn more about how the Brooklyn Grange team is reshaping the urban agriculture system, educating local communities and reconnecting people to the food they eat. 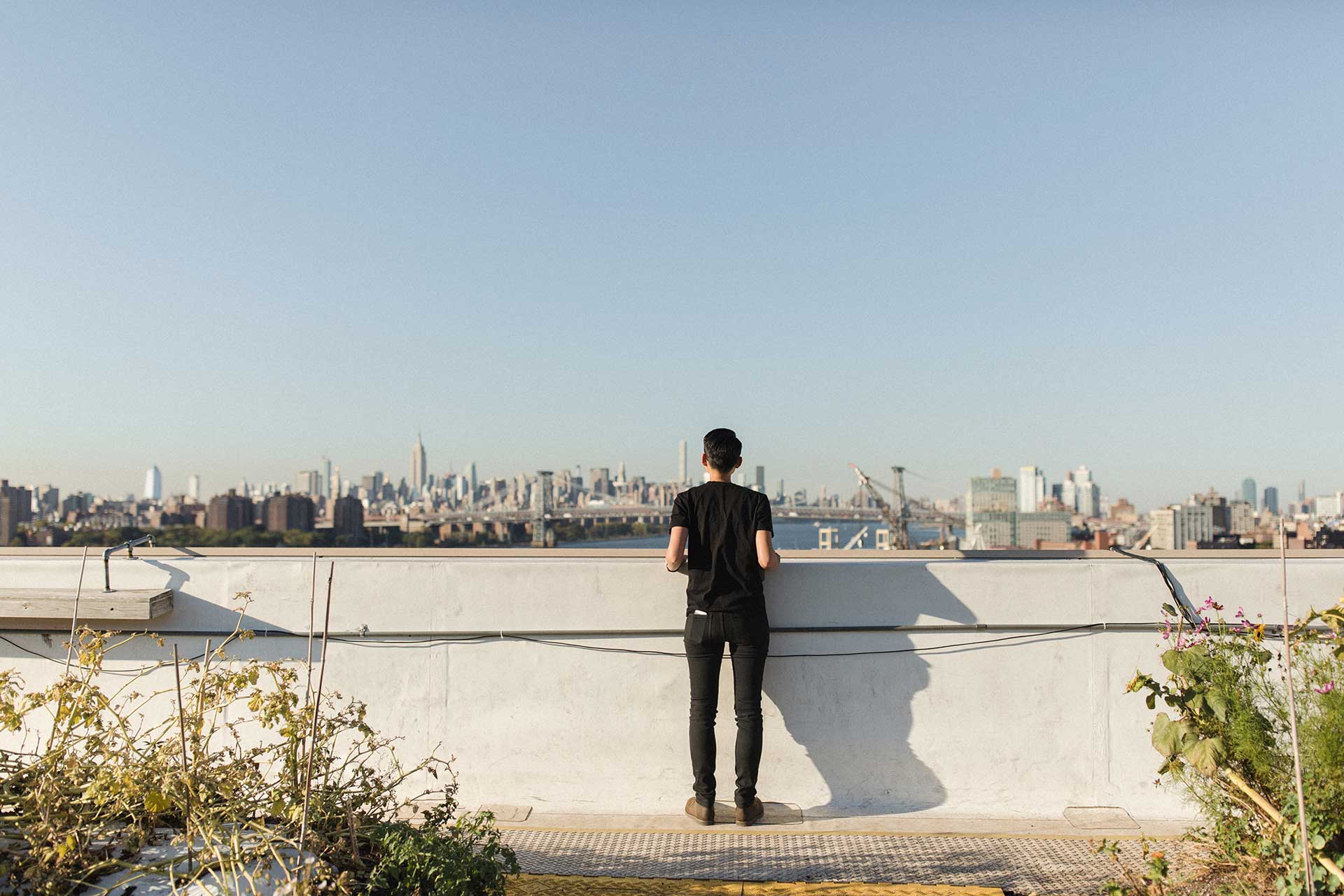 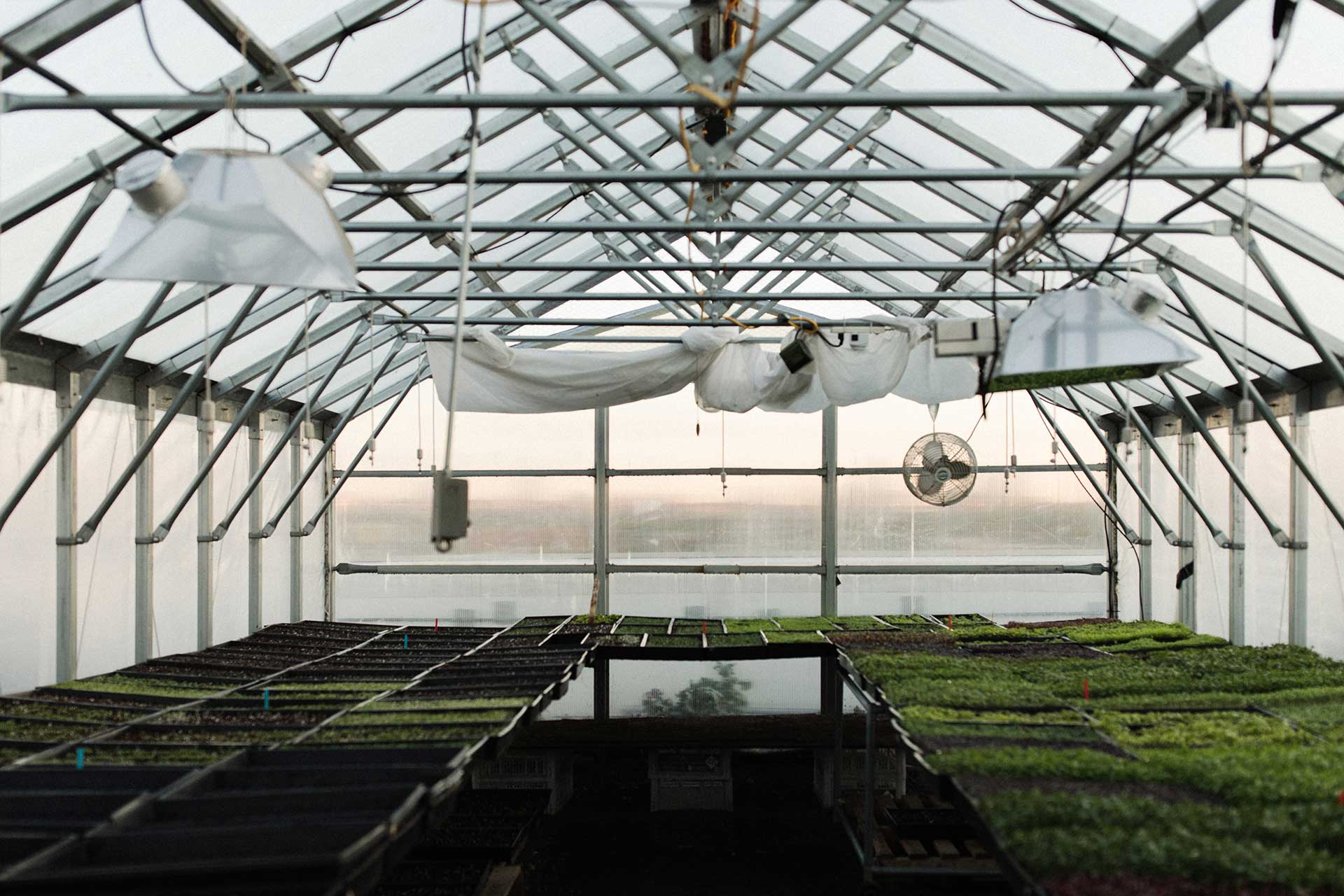 The evening began with a private tour of the Navy Yard location led by the farm’s co-founder, Anastasia Cole Plakias. She had no farming experience prior to building Brooklyn Grange, and said that living in a city helped her understand how to grow produce there. Plakias believes that if she’d grown up in a rural area she wouldn’t have succeeded at establishing a flourishing farm in an urban environment. The message was an inspiring one: you can create a path to success outside of the expected framework. Plakias chronicled some of the challenges her founding team had to overcome to create a thriving farm in a concrete jungle. She also attributed perseverance and an uncompromising approach to their mission as major keys to their success. 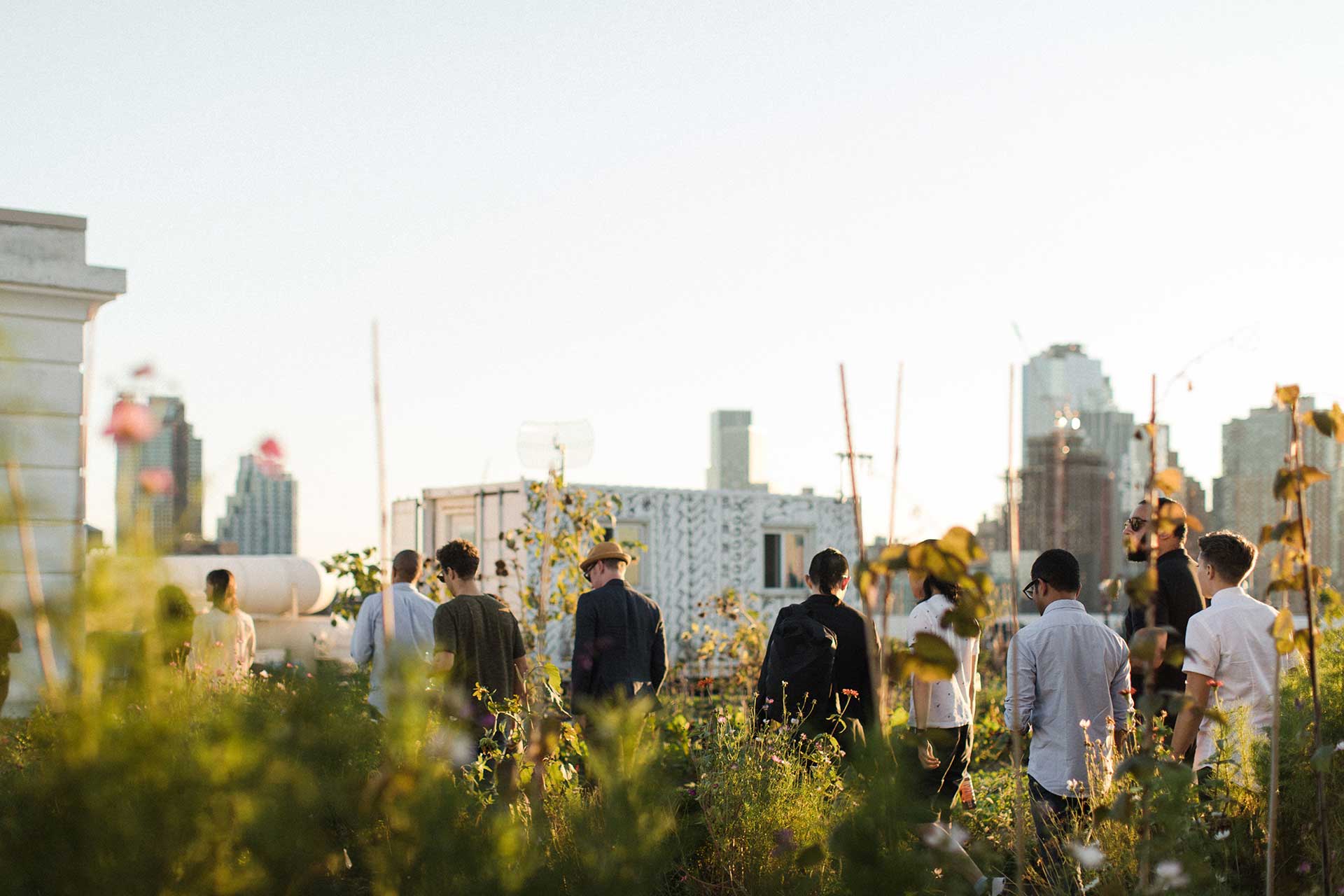 Brooklyn Grange offers numerous community workshops and classes, the biggest of which is their City Growers program. Since starting in 2011, City Growers has brought more than 10,000 children and young adults to the rooftop farms for hands-on classes about earth science, nutrition, and environmental sustainability. 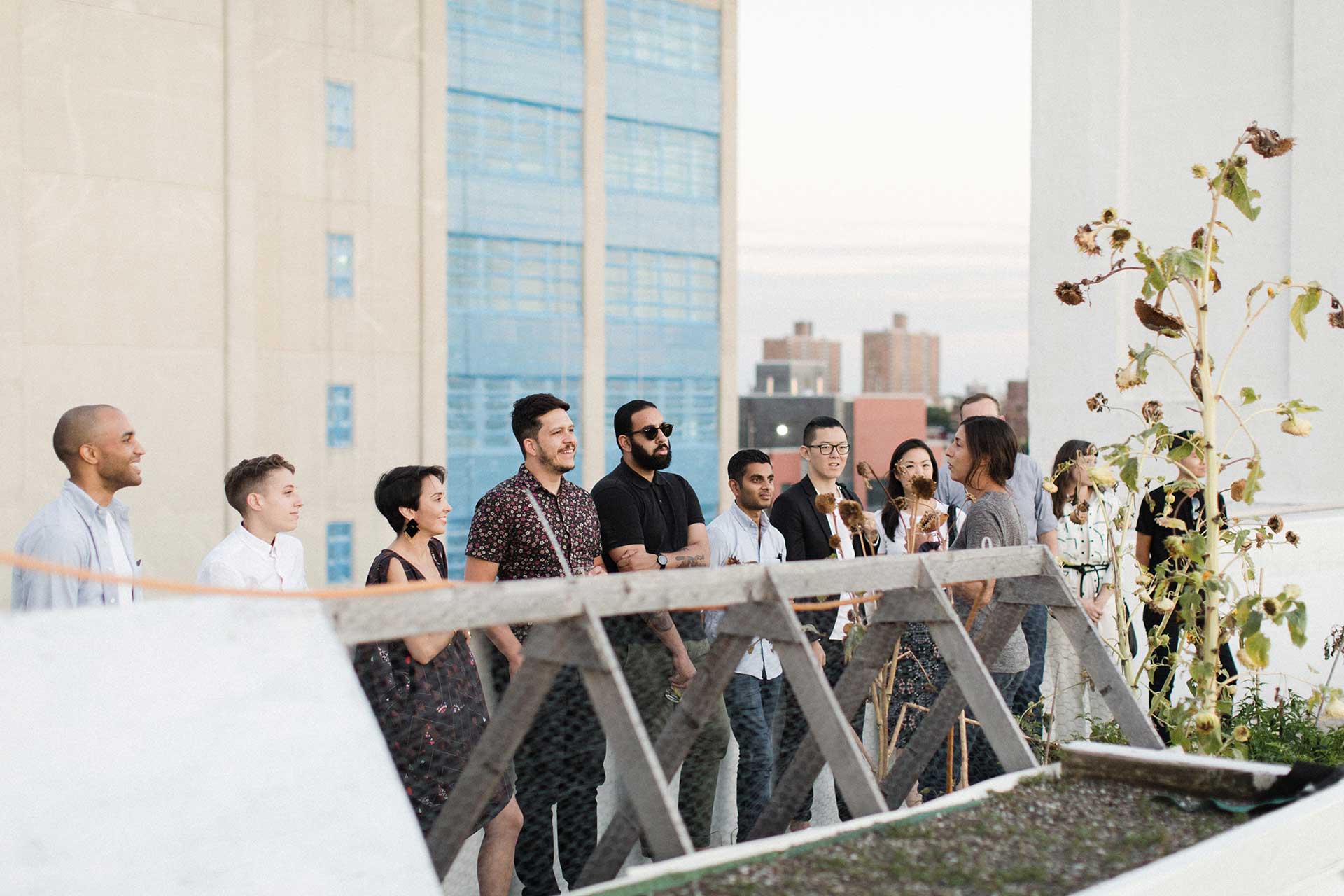 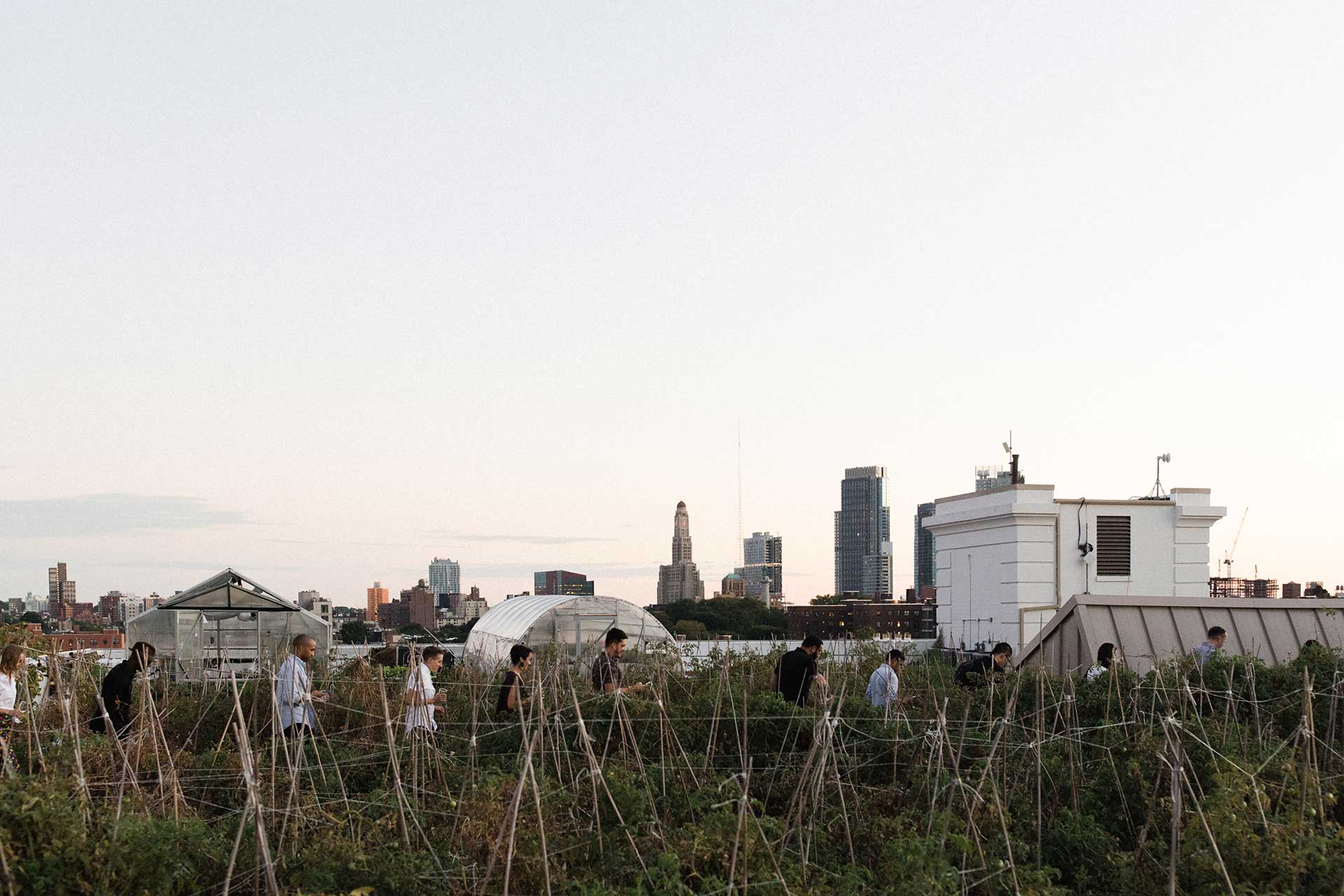 As the sun set, the party gathered around a farm table designed by Rawan Rihani of Aurora botanicals. Playing off of Plakias’ discussion on patience and perseverance, her arrangement of aged driftwood and patience roses made the table feel alive. With the rooftop field and the contrasting cityscape beyond as their backdrop, the group enjoyed a thoughtfully prepared dinner of farm-to-table dishes from Chef Winston of Bonbite NYC. Rent Patina provided an outdoor lounge with personality, while Samm Blake, one of our favorite Brooklyn photographers, captured the essence of the event. 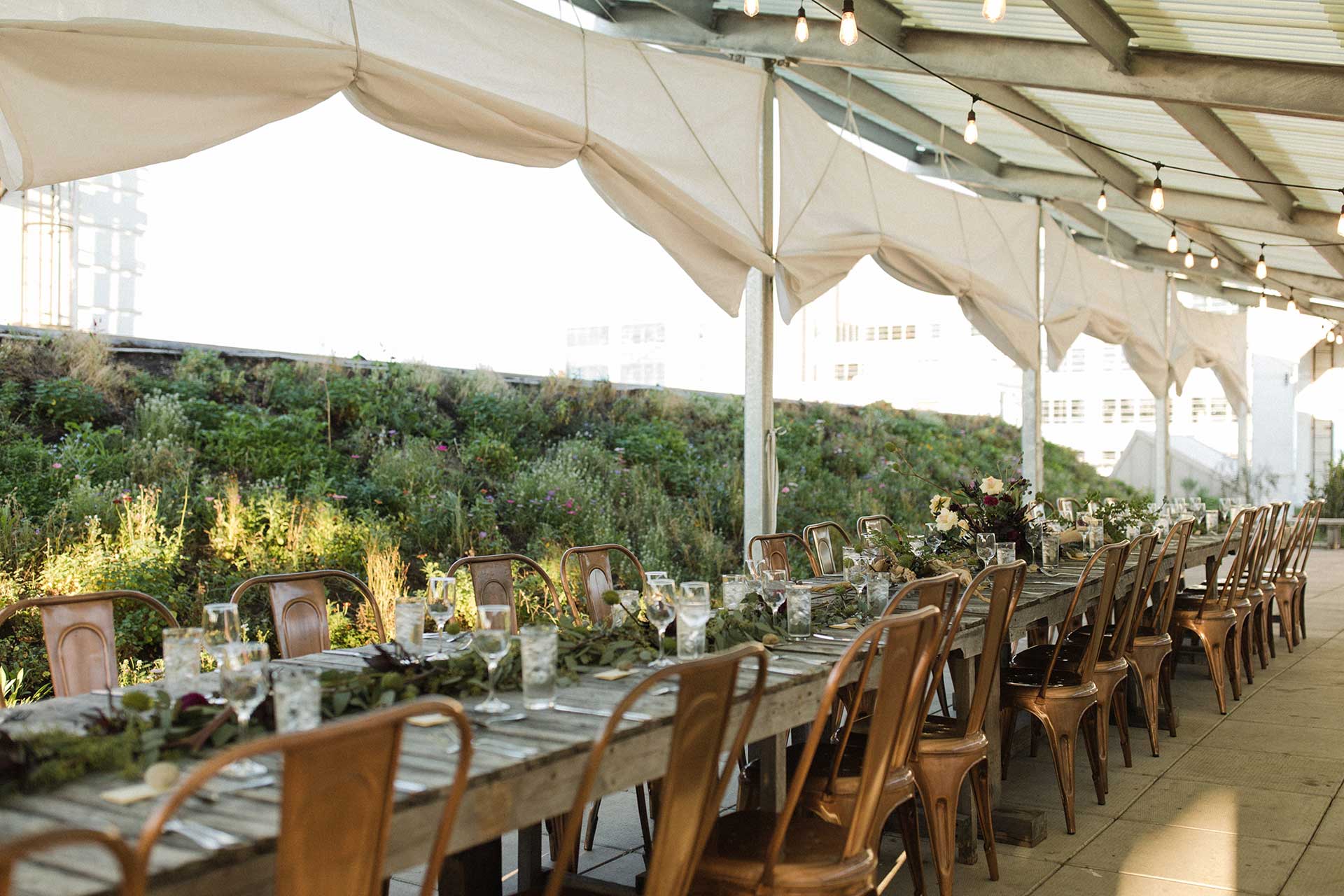 The evening was a lovely moment of serenity in the midst of a demanding city. New connections were formed and attendees left with a deeper understanding of the challenges of urban farming. On a broader scale, the evening was a reminder of the hidden potential in otherwise overlooked spaces in local neighborhoods. If a rooftop can be transformed into a bounty of fresh vegetables, what other corners of the city are waiting to blossom? It was a pleasure to host the evening and we’re looking forward to experiencing more cities through a local lens. 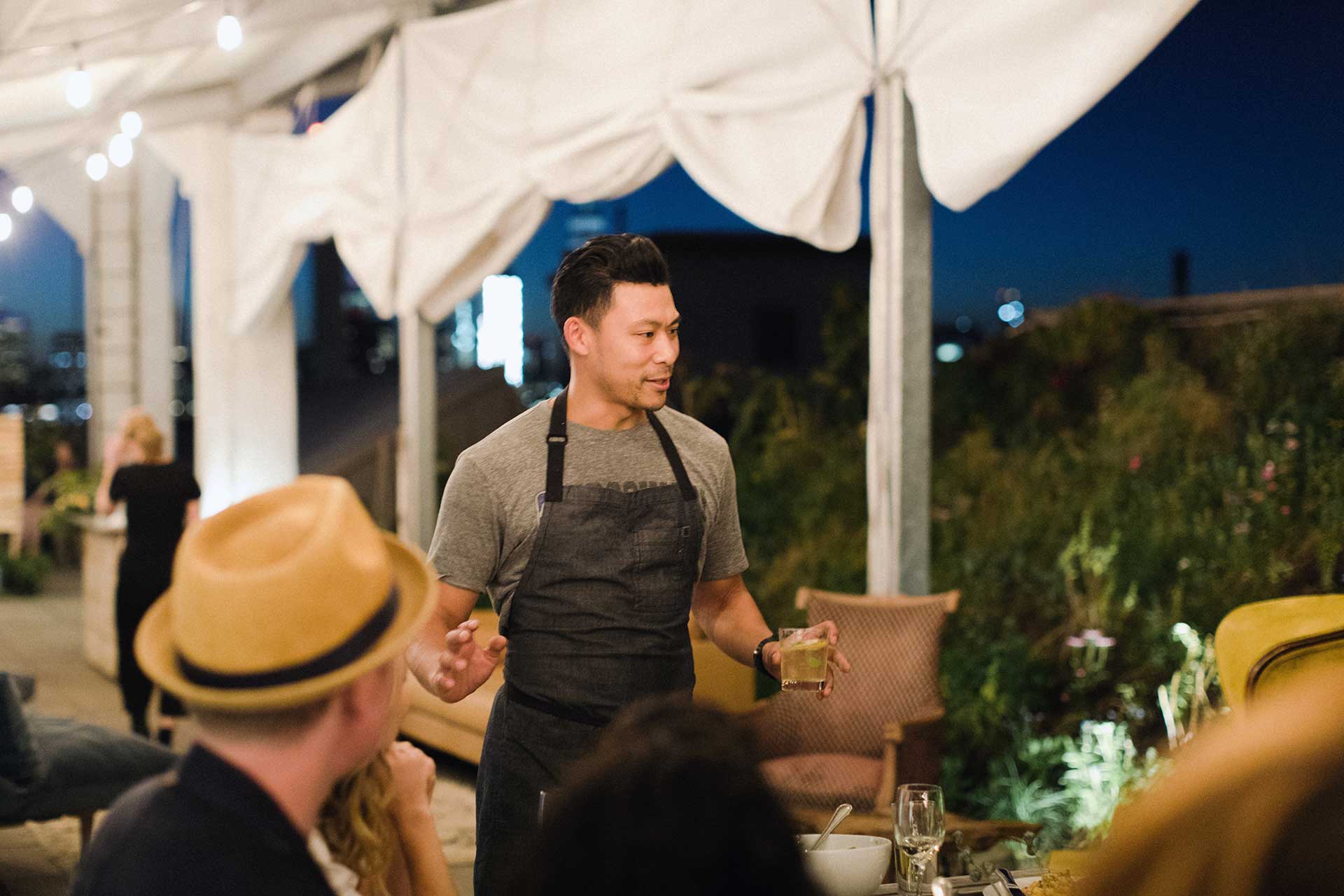 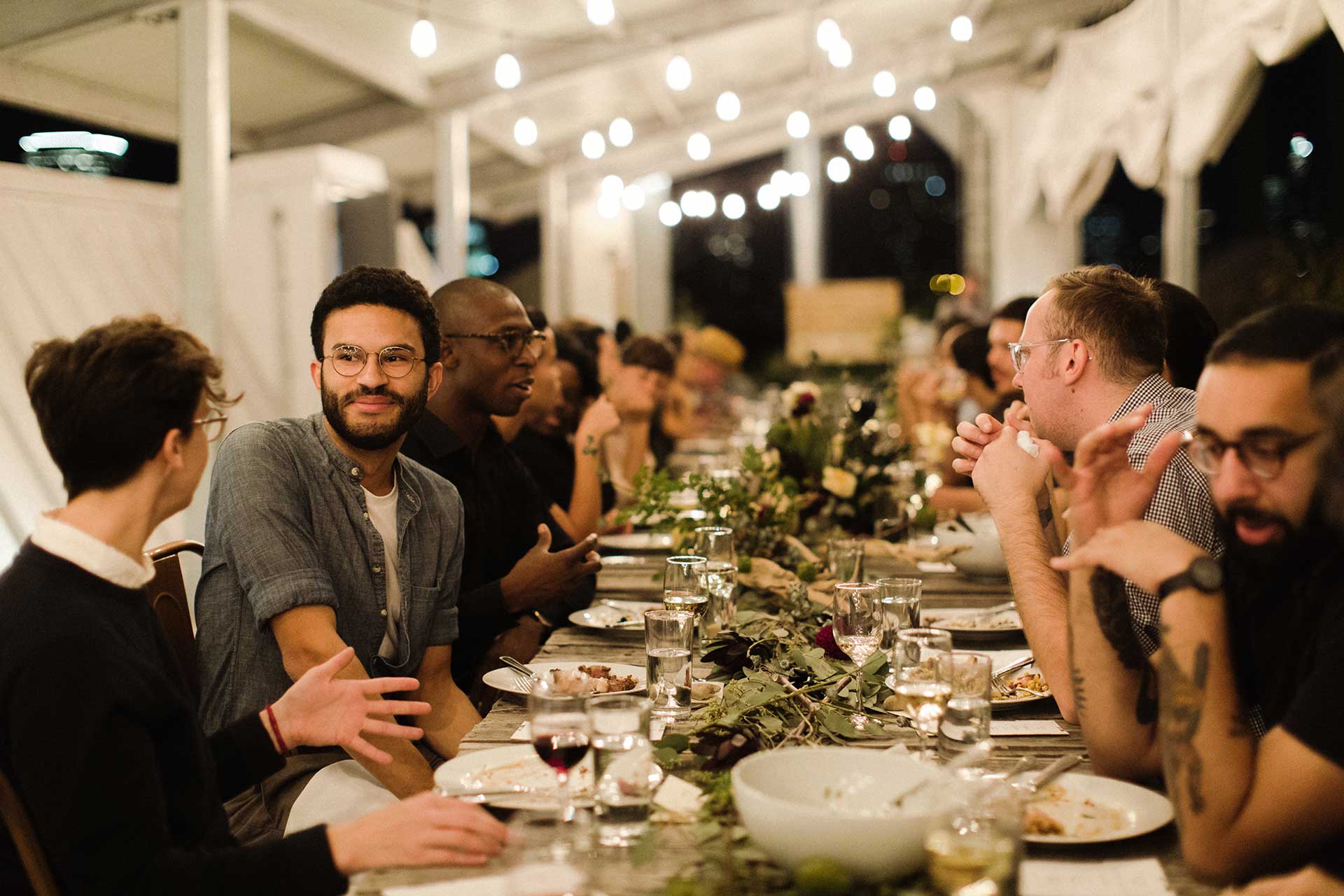 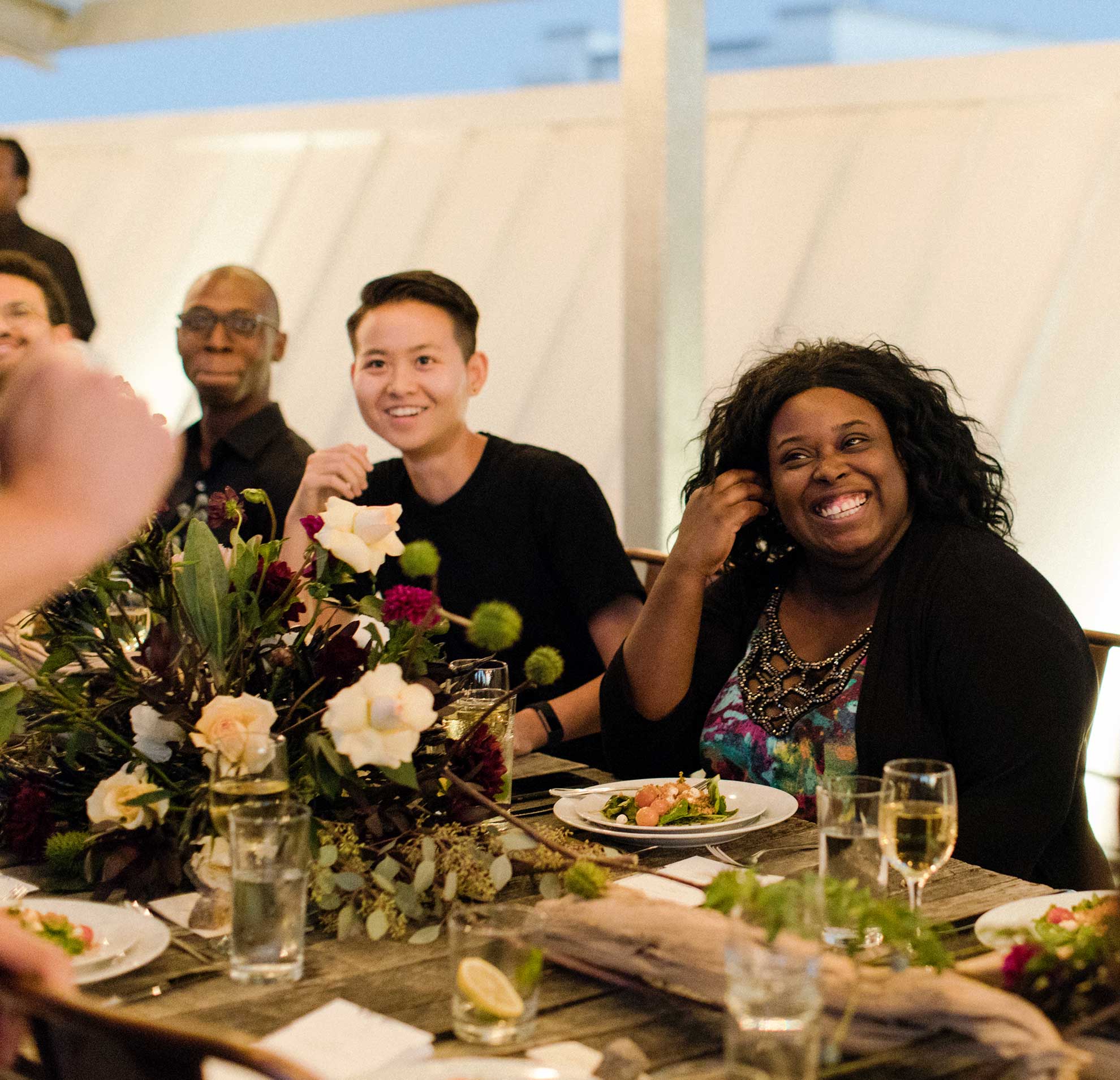 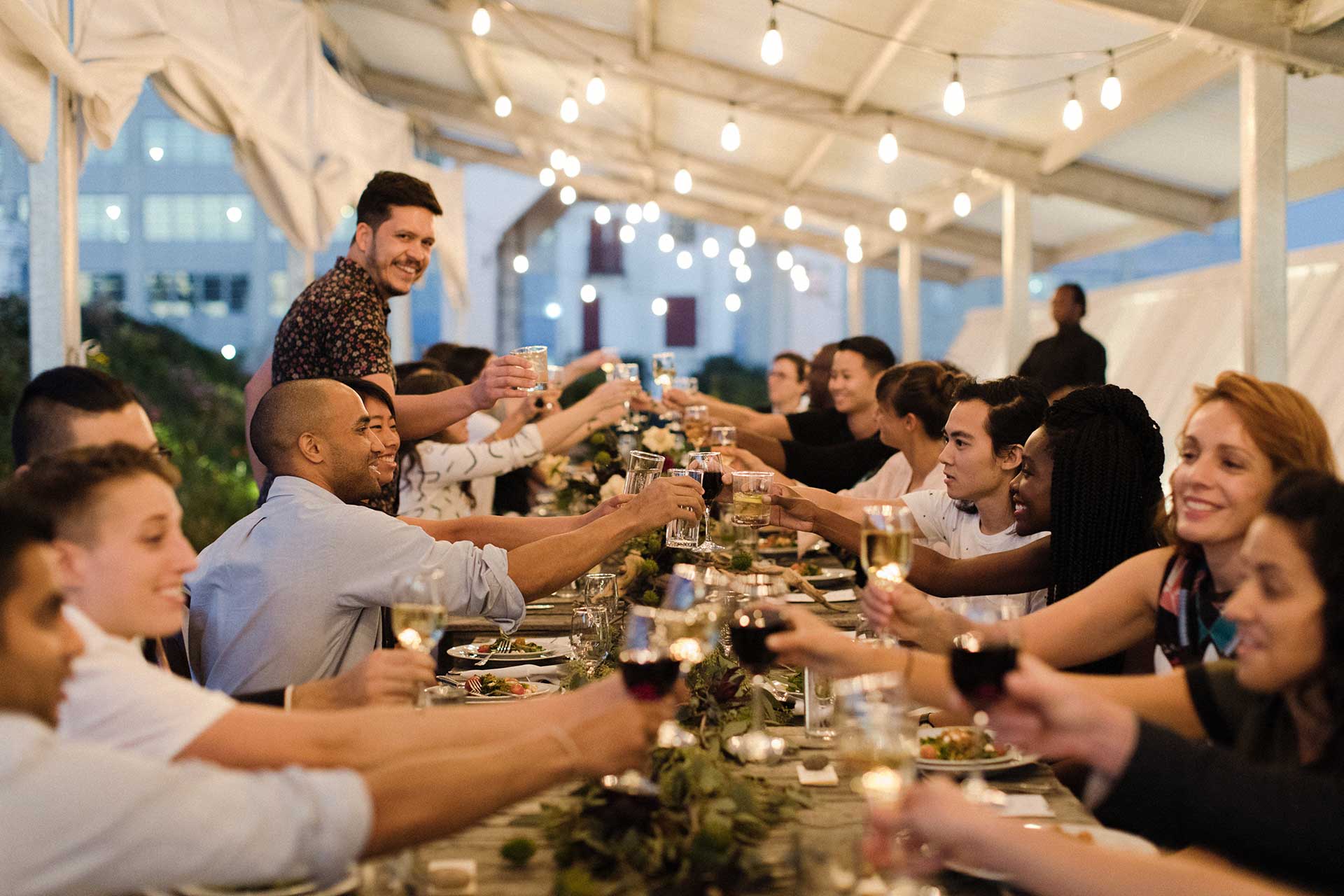 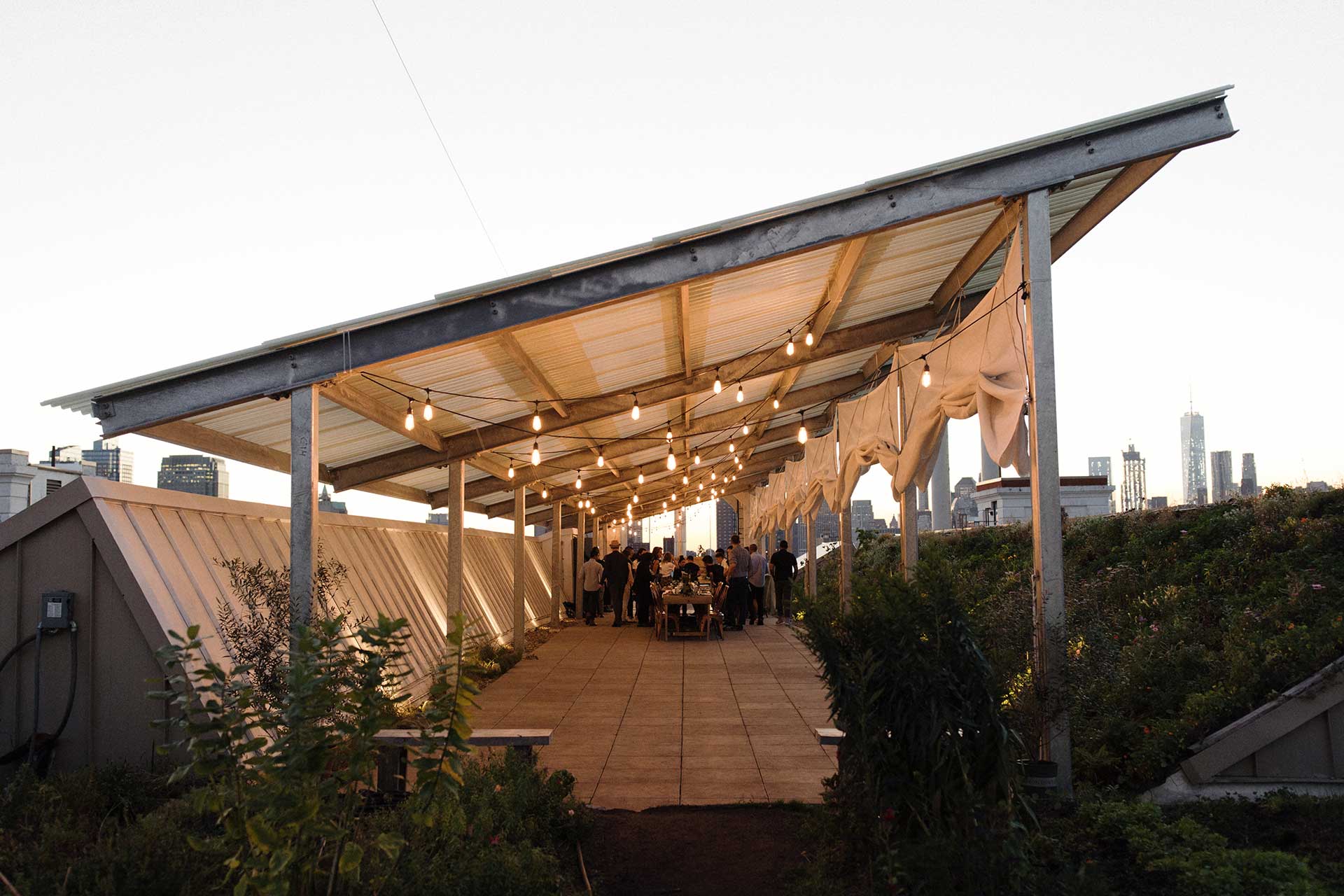 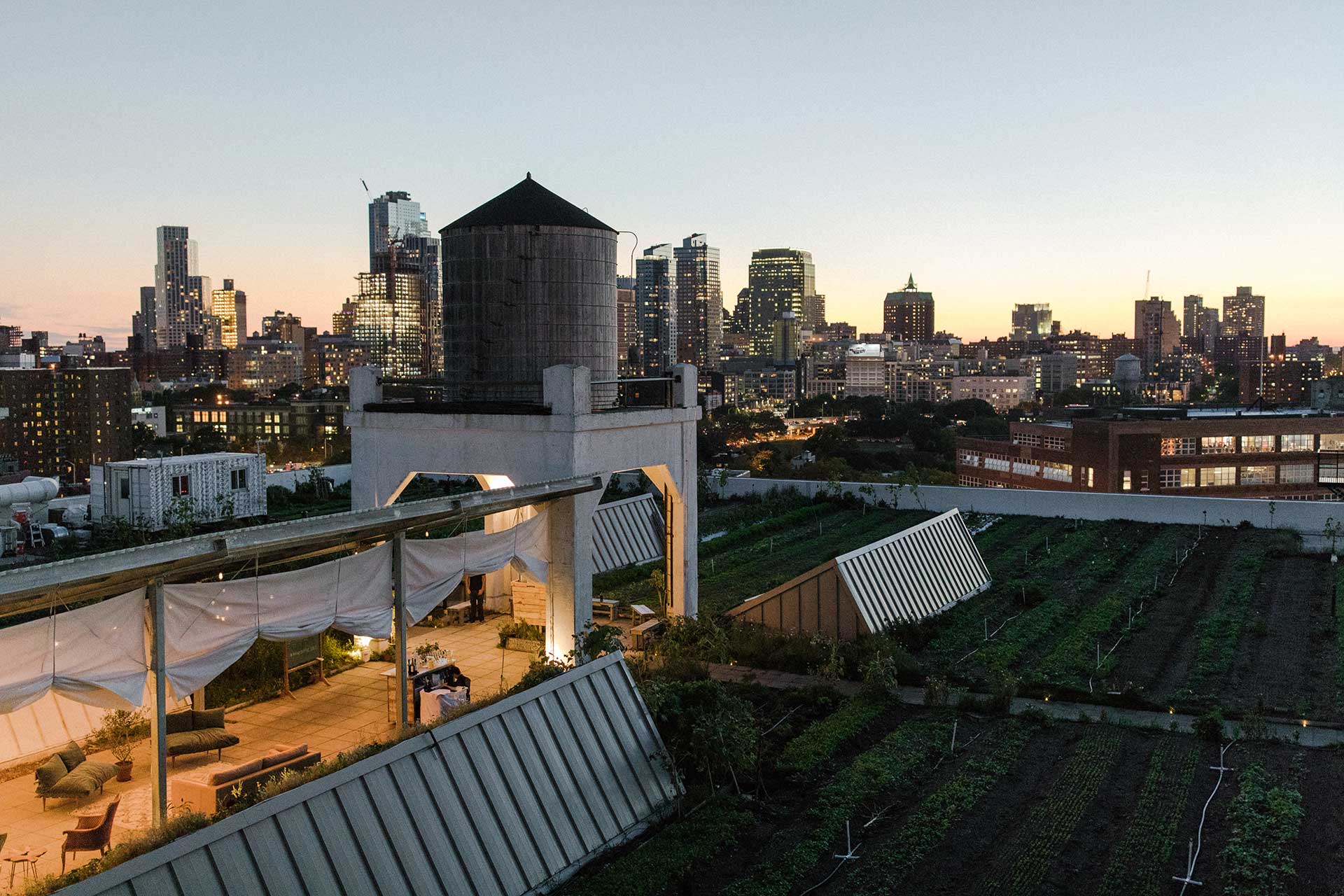 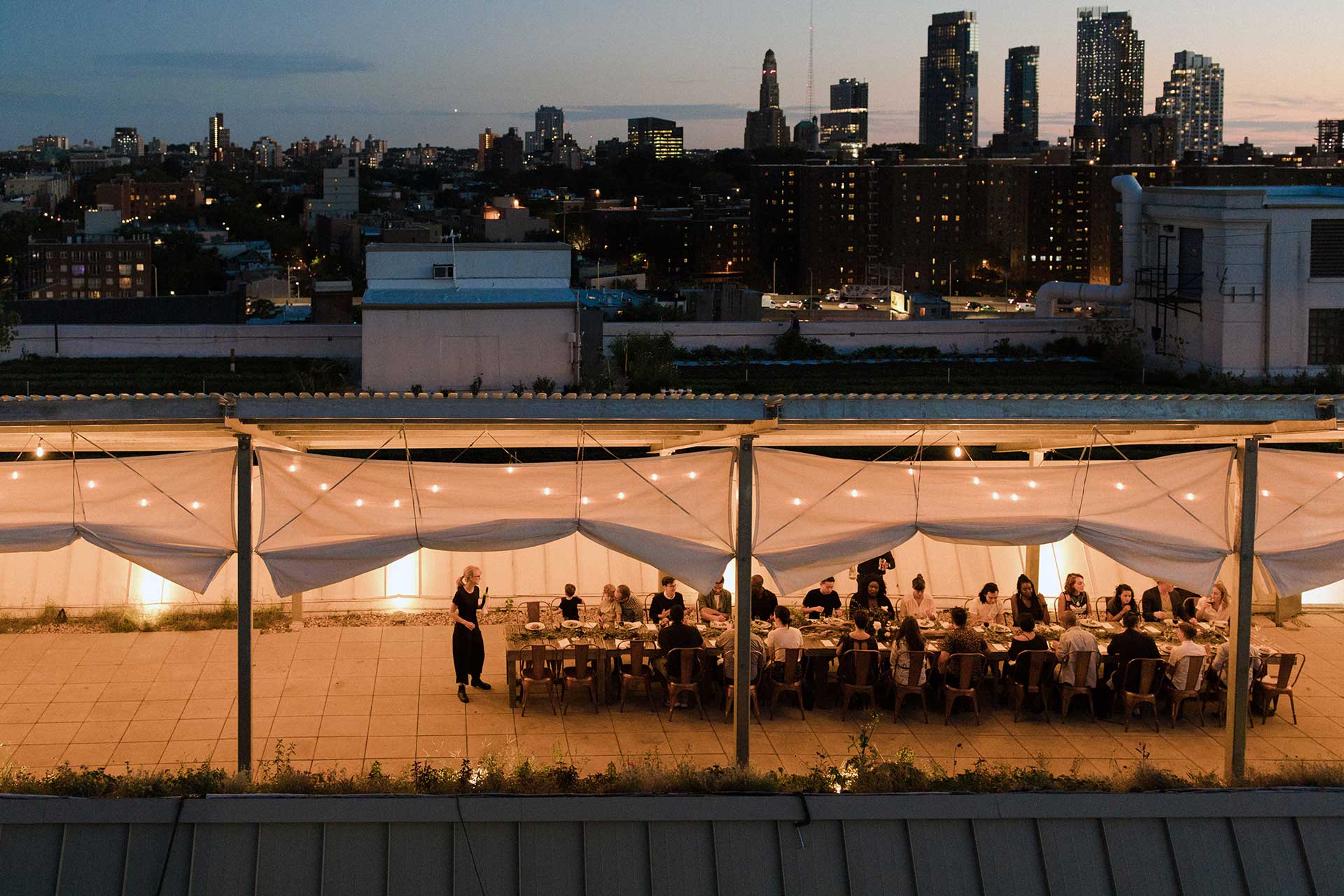